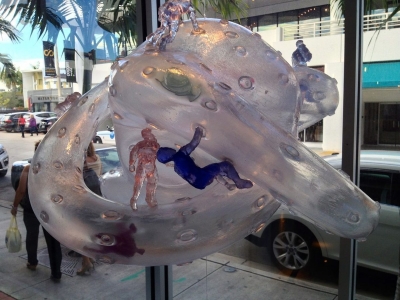 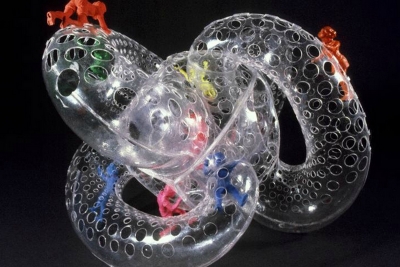 The Design Miami/ Designer of the Year Award was presented to Acconci Studio in December 2012.

Vito Acconci founded the architecture and design collaborative Acconci Studio in 1988 as the next evolution of his rich and varied creative practice, which began in the 1960s with a focus on concrete poetry and continued through the ’70s and ’80s with a genre-defining body of work in performance and conceptual art. The trajectory of his career demonstrates an acute and steadfast interest in generating unexpected and intense interactions, in actively engaging both people and public places to explore the spectrum of human response. The architectural projects produced by Acconci Studio carry forward this commitment, comprising fluid and shifting spaces and objects aimed at encouraging out-of-the-ordinary communal experiences.

For Design Miami/ 2012 Acconci Studio produced a climbing/play structure to be permanently installed in the Miami Design District. Klein-Bottle Playground was originally developed for the humanitarian Art for the World program, as part of a touring exhibition of experimental recreational equipment and toys for refugee children. Acconci Studio’s contribution was inspired by the German mathematician Felix Klein, who expanded the concept of a Moebius strip into a structure–– a “Klein bottle”––in which there is no identifiable inside or outside, as one surface flows continuously into the other. Acconci Studio transformed this mathematical construct into a playground in which a series of tubes extend out from and into a central sphere.