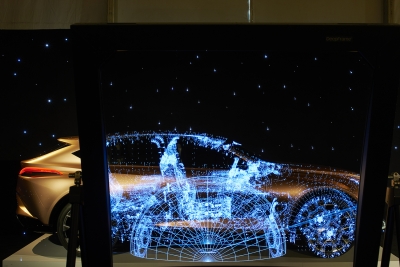 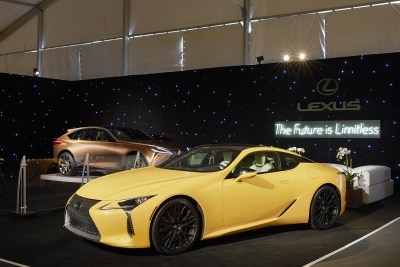 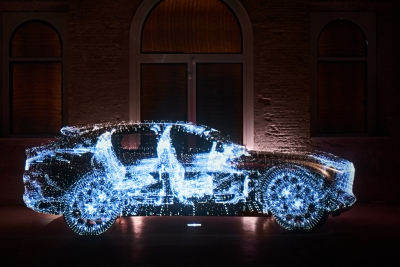 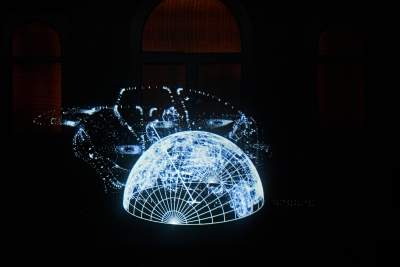 Lexus presents/ The Future is Limitless

Lexus presents/ The Future is Limitless

Lexus presents The Future is Limitless

The Lexus mission to create a better world through design comes to Design Miami/ in the luxury brand’s first year as the official automotive partner of the fair. Celebrating its thirtieth anniversary in 2019, Lexus has seen many milestones since it launched, including the industry-redefining LS 400, the first-ever luxury crossover RX, the first-ever luxury hybrid, and the revered supercar LFA. With The Future is Limitless, Lexus looks to the future.

Lexus brings the LF-1 Limitless future concept vehicle to Design Miami/ along with a projected mapping installation in a space designed by Japanese architect Socha Ichikawa of dNA (doubleNegatives Architecture). Ichikawa believes architecture’s potential is restricted by conventional methods of measuring space. By programming computers to interpret
space from an omni-directional perspective, he frees his imagination to explore new dimensions.

Just as in creating a map from a globe, plotting a three-dimensional object into two dimensions enables us to appreciate its essence. Combining high performance with unrestrained luxury, the Lexus LF-1 Limitless concept is a showcase of technology, innovation, and the latest evolution of design at Lexus. Like molten metal being forged into a fine Japanese sword, the lines of the Lexus LF-1 Limitless concept have the potential to shape the future of a flagship luxury crossover for Lexus. The exhibition is a new iteration of the popular installation at the Museo della Scienza/Tecnologia Leonardo da Vinci in Milan in April 2018.

A global luxury automotive brand with an unwavering commitment to bold, uncompromising design, exceptional craftsmanship, and exhilarating performance, Lexus has developed its lineup to meet the needs of the next generation of global luxury guests and is currently available in over ninety countries worldwide. Lexus team members around the world are dedicated to crafting amazing experiences that are uniquely Lexus, and that excite and change the world.