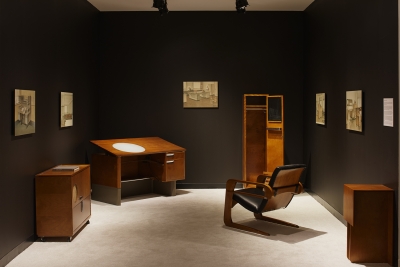 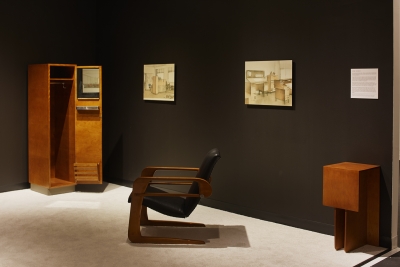 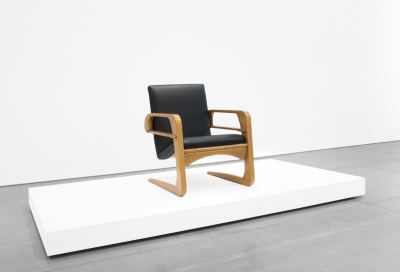 Peter Blake Gallery presents Kem Weber’s historic designs for the Walt Disney Studio animation offices in Burbank, California. One item, the rare and iconic Airline armchair, was originally designed in 1934 and produced in 1938 for Disney in a limited run of three hundred.

The Airline chair was the realization of Weber’s career-long goal to achieve a wholly American form of modern design—sleek, trim, and stylish yet comfortable, easygoing, and practical. With its raked, gently angular frame and cantilevered seat, the form of the chair suggests movement, speed, and forward progression. Weber named the Airline chair to associate its design with the technological triumph of the day: commercial aviation.

In a practical innovation far ahead of its time, the Airline chair was designed to be sold flat-packed in segments for easy home assembly. Although the chair seemed destined for commercial success, factory production never became a reality despite extensive discussions between Weber and many American manufacturers. In the end, only three hundred were produced for Disney for use in projection rooms, lounges, and offices.

Founded in 1993, the Peter Blake Gallery is the longest-standing and leading exhibitor of West Coast Minimalism with a focus on California Light and Space. In 2015 the gallery’s program expanded to include collectible design with the aim of merging the disciplines of art, architecture, and design. Known for its rigorously curated solo and group exhibitions, the gallery has an ongoing history of exhibiting artists long due for reappraisal.