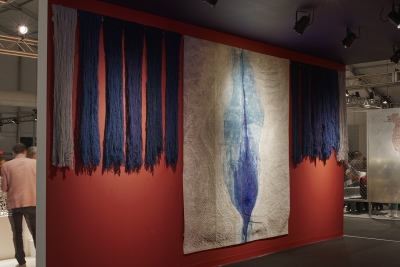 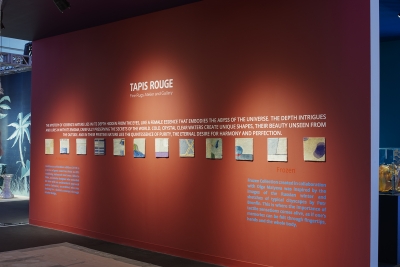 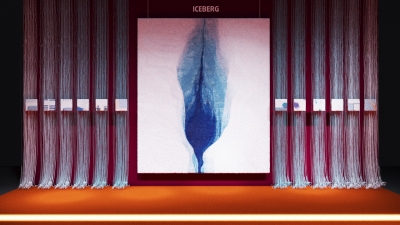 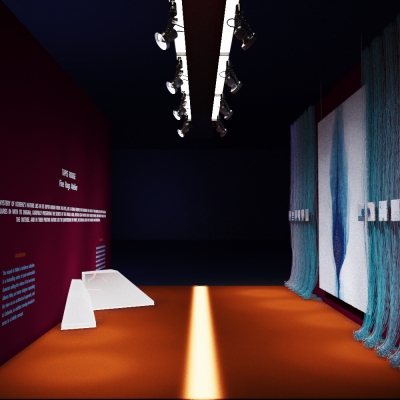 The IcebergMiami rug underwent 700 hours of sketching and more than 1,200 hours of hand-knotted manufacturing process and makes its North American debut at Design Miami/, having been shown during Dubai Design Week earlier this year. Its uniqueness lies in a combination of thirty shades of blue and a continuous play with different heights
of pile. It embodies not only the subtlety of the artistic perception of the world, but also the incredible possibilities of hand-knotting. The best New Zealand wool and finest
Chinese silk have been combined and treated in a variety of ways to form a piece that is unrepeatable from a technical point of view.

Also included in the exhibition are the first rug samples from the Frozen collection created in collaboration with Olga Malyeva and inspired by images of Russian winters and sketches of Russian cityscapes by Petr Bronfin. This is where the importance of tactile sensations comes alive, as if one’s memories can be felt through fingertips, hands, and the
whole body. Also on view are samples from the 2019 Ambiance collection, a series of post-constructivist motifs combining the visions of two icons: Alberto Pinto, an interior designer who extended his view with an architectural approach, and Le Corbusier, an architect who sought a holistic concept through interior design. No matter how different the visions of these artists were, each sought to understand the world around him.

Tapis Rouge aspires to expand the usual boundaries of perception. The company is an expert in the rug-making world and is known as a trendsetter in the luxury industry. Tapis Rouge’s rugs were ranked among the best design products of 2018 by Elle Decor Italy after they were presented at Rossana Orlandi gallery in Milan.