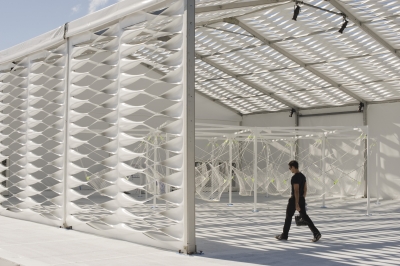 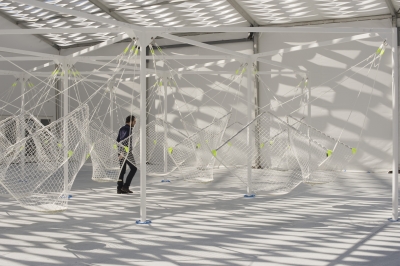 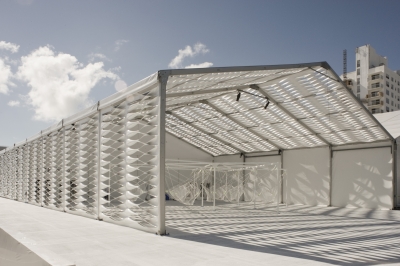 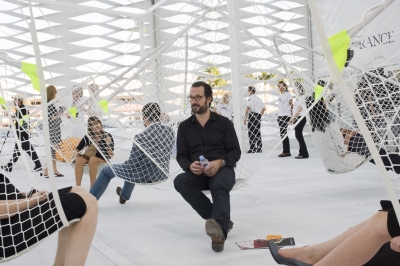 The Design Miami/ Designer of the Year Award was presented to Konstantin Grcic in December 2010.

Munich-based Konstantin Grcic is not only one of the world’s most influential designers, but his disciplined, architectural, and boundary-expanding approach to industrial design continues to set his work apart from his contemporaries. Founded in 1991, Konstantin Grcic Industrial Design (KGID) has worked in fields ranging from furniture and product design to exhibition design and architecture-related commissions. Grcic’s products have received many awards, including the Compasso d’Oro, and are part of the permanent collections of world-renowned institutions including the Museum of Modern Art, New York, and the Centre Pompidou, Paris.

His installation Netscape was presented in an outdoor area in the courtyard of Design Miami/’s temporary structure designed by New York–based design studio Moorhead & Moorhead in 2010. Grcic chose to create a functional work that visitors to the fair were able to interact with directly. Playing off the tent design, Grcic created a six-pointed star-shaped structure from which seats made of netting were suspended. The hanging chairs rocked slightly when used by visitors and created a space for guests to engage with one another before entering or leaving the fair. In conjunction with Netscape, a small exhibition of Grcic’s work was also on display, featuring seminal pieces from throughout his career, including Blow Table for Established & Sons (2010), Miura Bar Stool for Plank (2005), and Tip Waste Bin for Authentics (2003), among others.