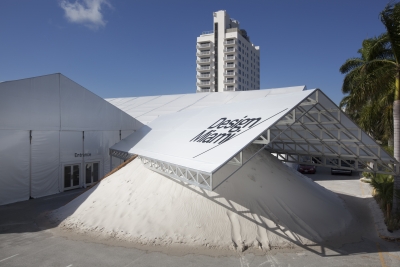 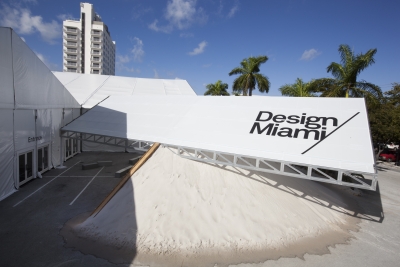 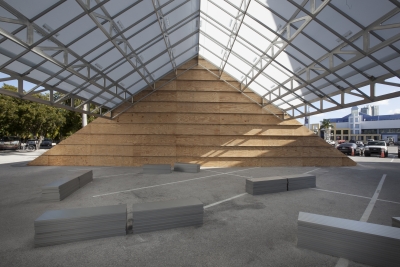 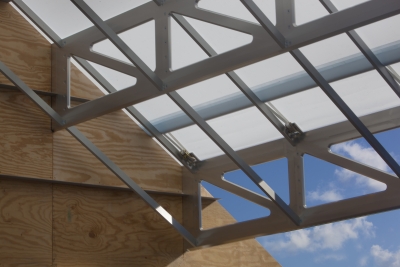 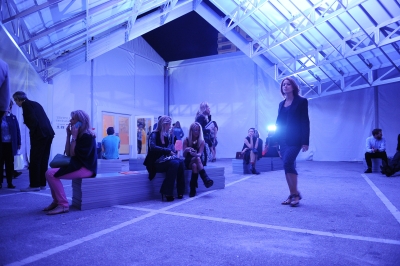 The Design Miami/ Designer of the Year Award was presented to Formlessfinder in December 2013.

Formlessfinder, cofounded by Julian Rose and Garrett Ricciardi in 2010, approaches new projects with an interest in the specifics of geography, closely examining the spatial, social, and physical conditions of the location with which their structures will interact. They prioritize the use of available materials, committing to deploy them in ways that allow for reuse, an approach that produces what the firm refers to as “an architecture that can go from nothing to something and back again.”

Formlessfinder’s Tent Pile pavilion brought an intensely architectural intervention to Design Miami/ 2013, inventing a new building typology to provide shade, seating, cool air, and a space to play for the city’s public. In researching ideas for this project, Rose and Ricciardi ultimately focused on two phenomena very particular to Miami––the ubiquity of sand in the region (any kind of construction in Miami must take into account the loose and shifting layer on which the final structure will ultimately “float”) and the city’s architectural vernacular, a typology of public space that emerged from the collision of an exuberant postwar modernism with Miami’s tropical climate.